The TOM® pipe is the one that provides the greatest performance in meters / hour installation compared to other solutions. This is due to:

The TOM® pipe is lighter and can be handled easier than pipes made of other materials: it weighs less than the half of PVC and PE pipes, and between six and twelve times less per linear meter than cast iron pipes of an equivalent nominal outside diameter. 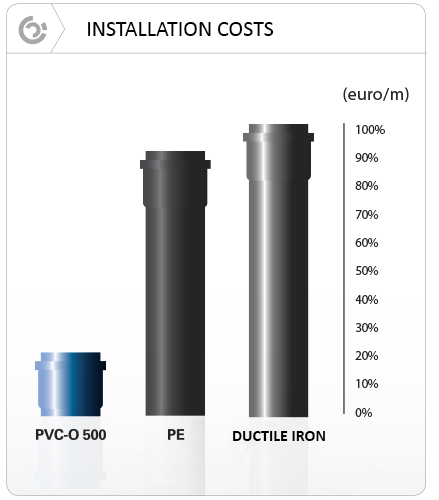 Its lightness allows its handling and installation without mechanical aids such as cranes, feathers, etc., being able to be manually connected pipes up to DN250 mm. In this way, both labor and the use of heavy machinery are reduced, reducing thereby the installation costs.

Besides this, the ease connection of the pipe and its adaptability to the ground line due to the ductility of the pipe also influence in this higher installation performance. 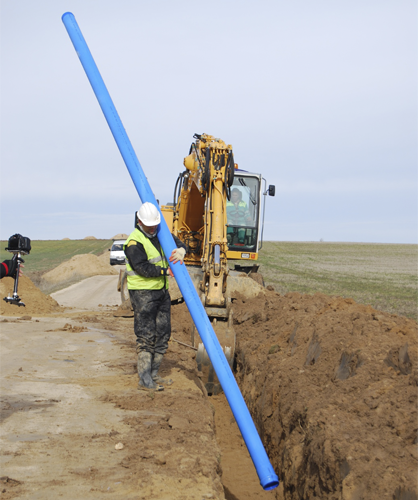